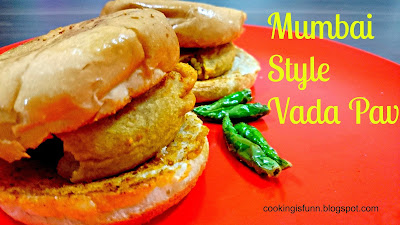 One of my favorite items growing up was the "Vada Pav". Straight out of the heart of Maharashtra in Western Indian, Vada Pav has iconic status in India. It used to be "poor man's food", but these days even the rich and famous can be spotted eating it at Bombay's (Mumbai) numerous roadside food stalls! It consists of a Batata Vada (Potato fritter) sandwiched between two slices of a Pav (bread). Batata is potato in Marathi and Pav refers to bread (or bun).

Finely cut green chilies and ginger and tempering of mustard seeds and turmeric are added to a mash of boiled potatoes, and after dipping patties of the mash in an herb-seasoned batter of gram flour, the patties are deep-fried.

Vada Pav is typically served with a chutney (sauce) which is commonly made out of shredded coconut tamarind pulp, and garlic. There are many variations to make this yummy Vada Pav’s. Today I am sharing a different version of  Vada Pav. I just loved the taste of this Mumbai Vada Pav. Today evening I just thought of making Vada Pav. The spice of chilies and hot vadas gave me a sweat…….It was spicy and tasty…..Yummy. I ate 3 Vadas which is unbelievable that too with 4 chilies….. Gosh! 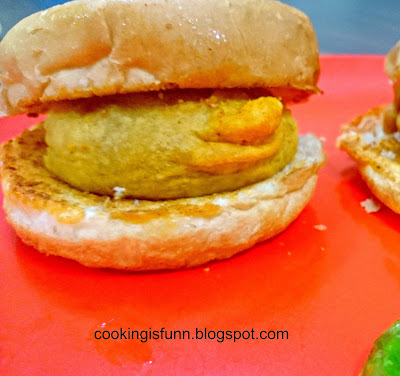 Variations of the above basic dish include

Cheese Vada Pav (where slices of cheese are added);
Samosa Pav - where a "samosa" is used instead of a Vada
Jain Vada Pav - where Vada ingredients do not include onions, garlic and potatoes
Bhajji Pav - where onion fritters are used
Vada pav served in the nearby state of Gujarat is usually fried in Butter or edible Oil. The Pav is first fried in a mixture of Butter or Oil and dried red chilly powder. After that the chutney is applied in the hot fried Pav and the Vada is placed in between. This is the only difference between Vada pav in Gujarat and Maharashtra. In the state of Gujarat, the original unfried Vada Pav recipe is referred to as "Bombay Vada Pav".

There are thousands of Vada Pav stalls all over the city and everyone will tell you that their local Vada Pav stall is the best in the city. If you ever hit Mumbai, make sure you get one. Lets have a spicy journey of these amazing and yummy Vada Pav!!!!!!!!!!

2. When the mustard crackles add Asofoetida. Remove from fire.
Combine tadka, Greenpaste, ½ cup coriander leaves, Garam Masala along
with salt and lime juice in the chopped Potatoes. Mix evenly with your
fingertips.. 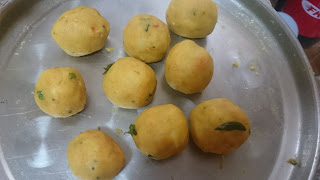 4. Take a Wok or vessel. Add Gram Flour and water to form a paste.
Ensure the paste is thick not thin. Add salt and rest ½ cup coriander
leaves to it. 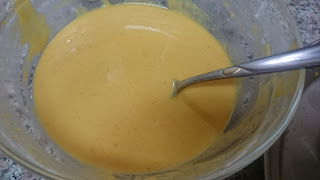 5. Get a big pan for frying. Pour oil for deep frying. Once the oil is
hot. Dip Potato balls into gram flour batter. Gently place them in the
oil with your finger or spatula. Ensure you fry these Vada on low
flame. Else it might burn. Once they become nice golden brown and
crisp. Your vada is ready. 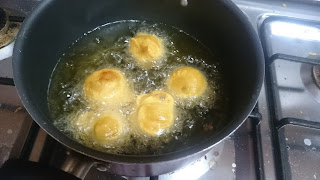 6. Dab some tissue paper on it to remove excess Oil. 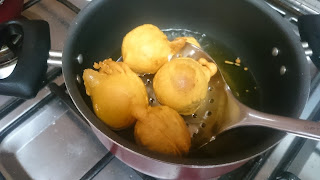 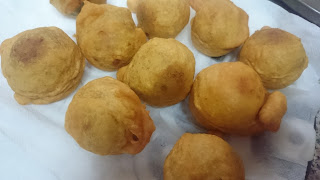 7. Fry the rest of vadas and serve on a platter with Fried Green chili.

8. Take pav slice them into 2 halves. Rub some chutney or sauce on the Pav. Place this hot vada between the pav. Your hot Vada Pav is ready. 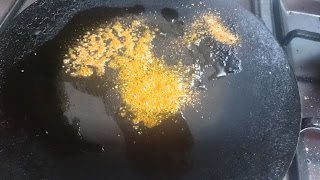 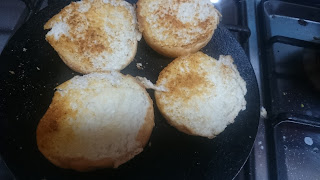