French fries are served hot, either soft or crispy, and generally eaten as part of lunch or dinner, or on their own as a snack, and they commonly appear on the menus of fast food restaurants. French fries are generally salted and are often served with ketchup; in many countries they are topped instead with other condiments or toppings, including vinegar, mayonnaise, or other local specialities. Fries can also be topped more elaborately, as in the dishes of poutine and chili cheese fries. Sometimes, fries are made with sweet potatoes instead of potatoes, are baked instead of fried, or are cut into unusual shapes, such as curly fries, wavy fries, or tornado fries.

I always have french fries at McDonalds because cant resist myself by having them....They are must for me!!! I know many of you have same addiction of french fries.....Here's the recipe for it to make it at home...Yes, They can be made at home with same texture of McD......Wanna Try?? Take a tour of Recipe!!!! 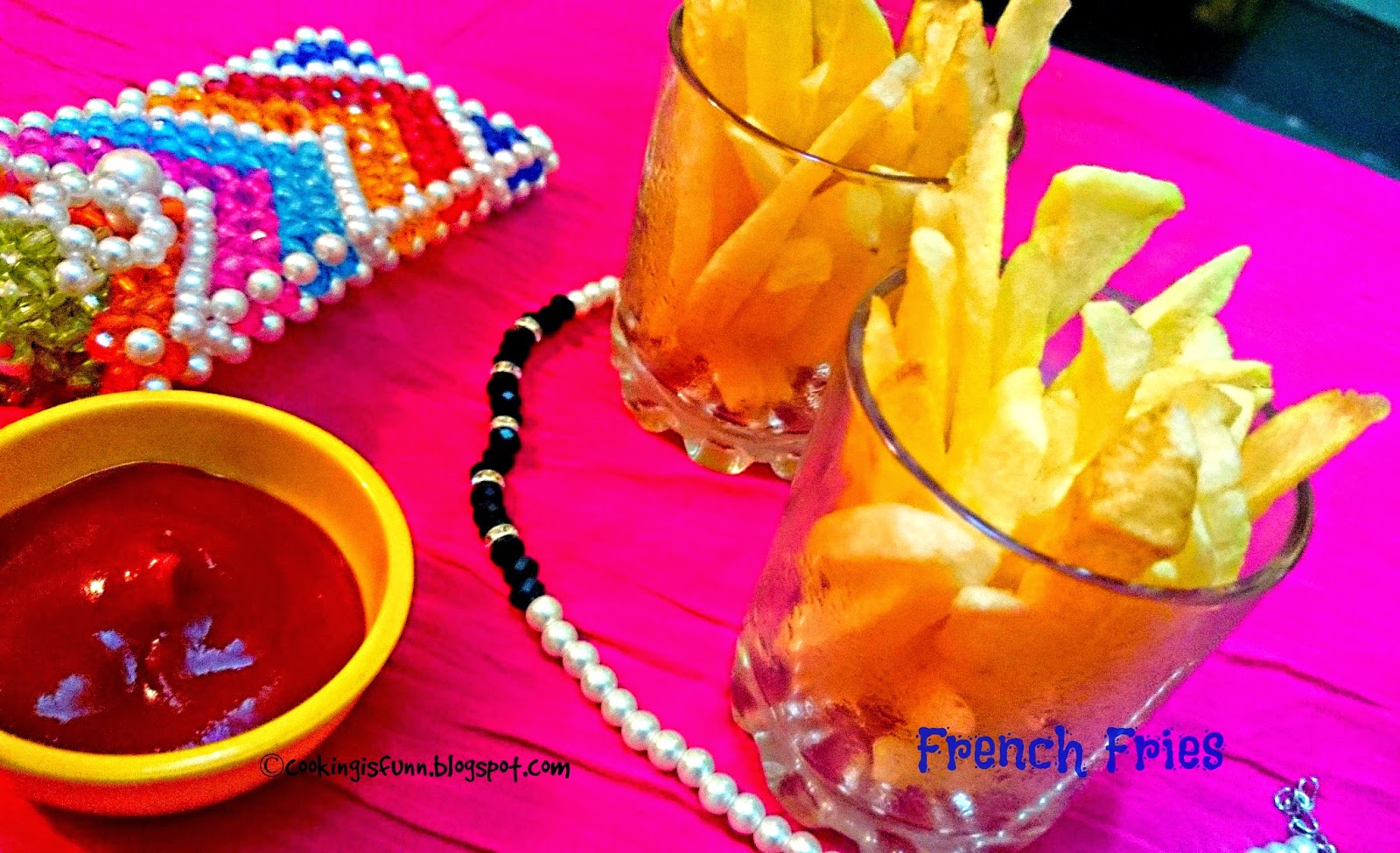 1. Peel the potatoes with the help of a peeler and wash them.

2. Now cut them into long pieces. You can use french fries cutter that can be easily bought from the market also. You will be able to cut the pieces quickly and in equal shapes. 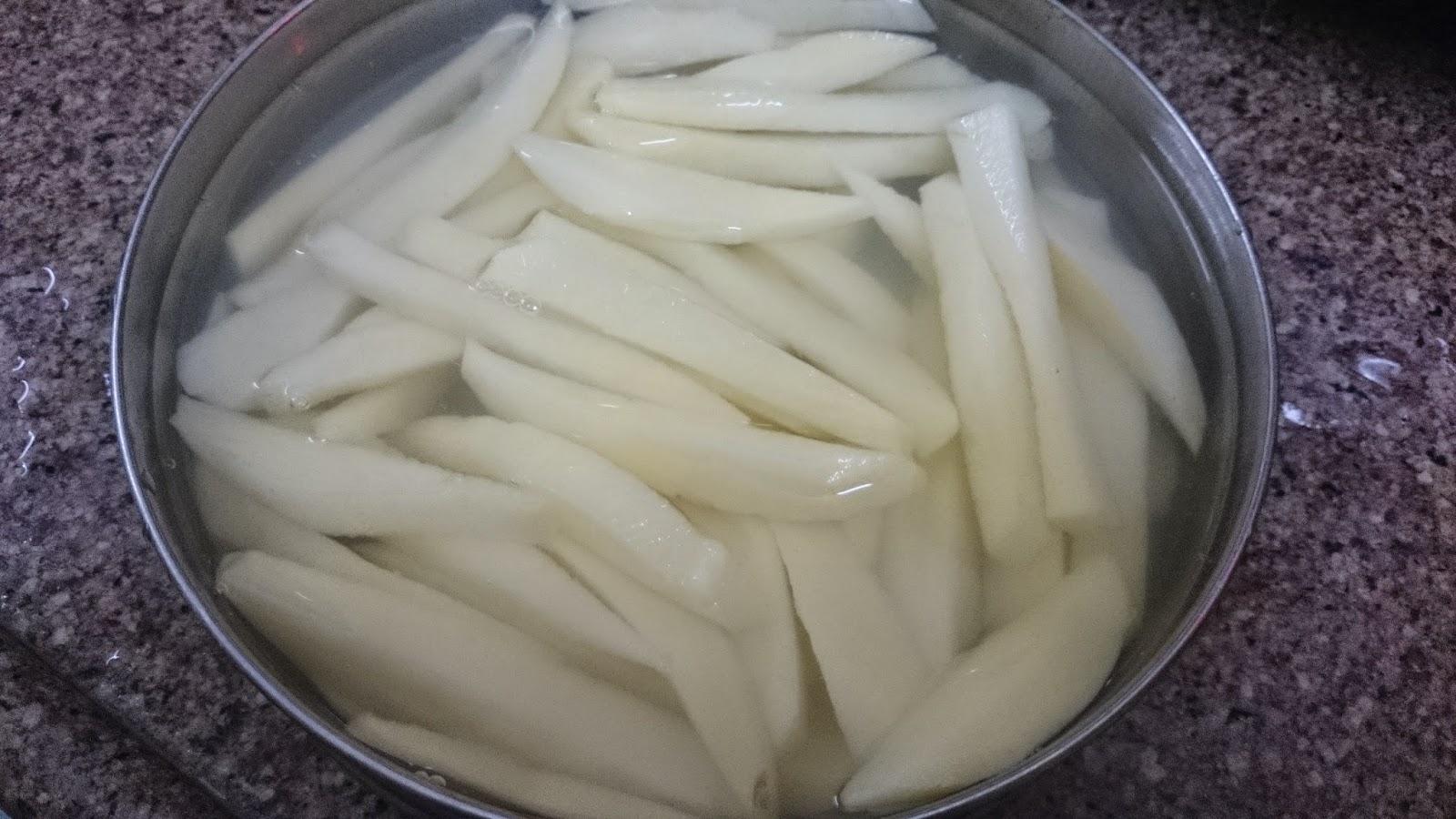 3. Put the cut slices into the water so that they do not turn black while you are cutting the other potatoes. Wash the cut french fries one more time with water.

4. French fries are boiled before frying them. You can boil them into the water or can microwave them for 3-4 minutes. 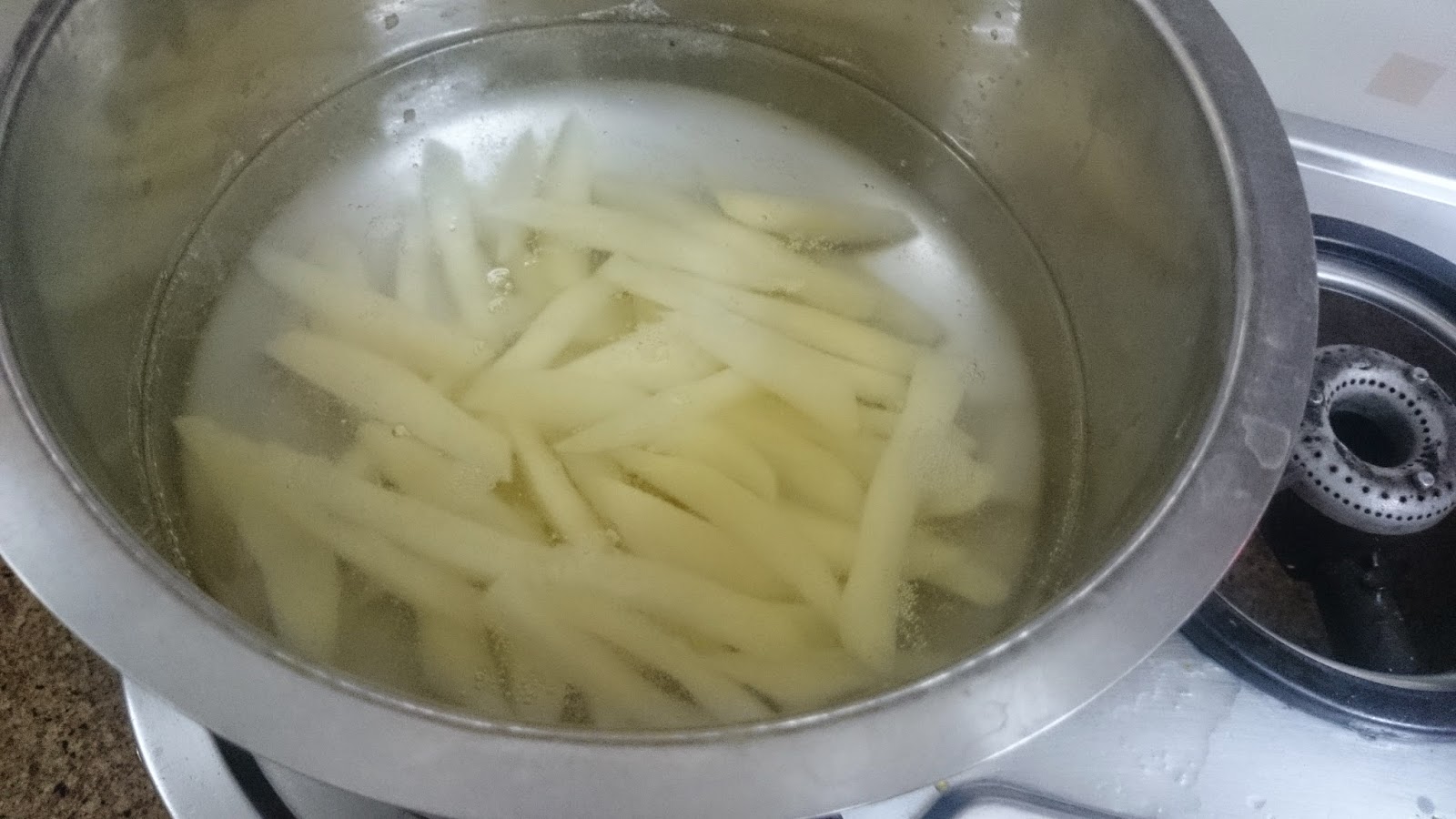 5. To boil the potatoes take a pan filled with 1 ltr. water. Put salt to it and let the water boil. Once the water starts to boil put the fries into it  and boil for another 2 minutes. Now cover the pan and leave it for 5 minutes. Take out the french fries from the pan and spread on a clean cloth. Let them dry for 2 hours. 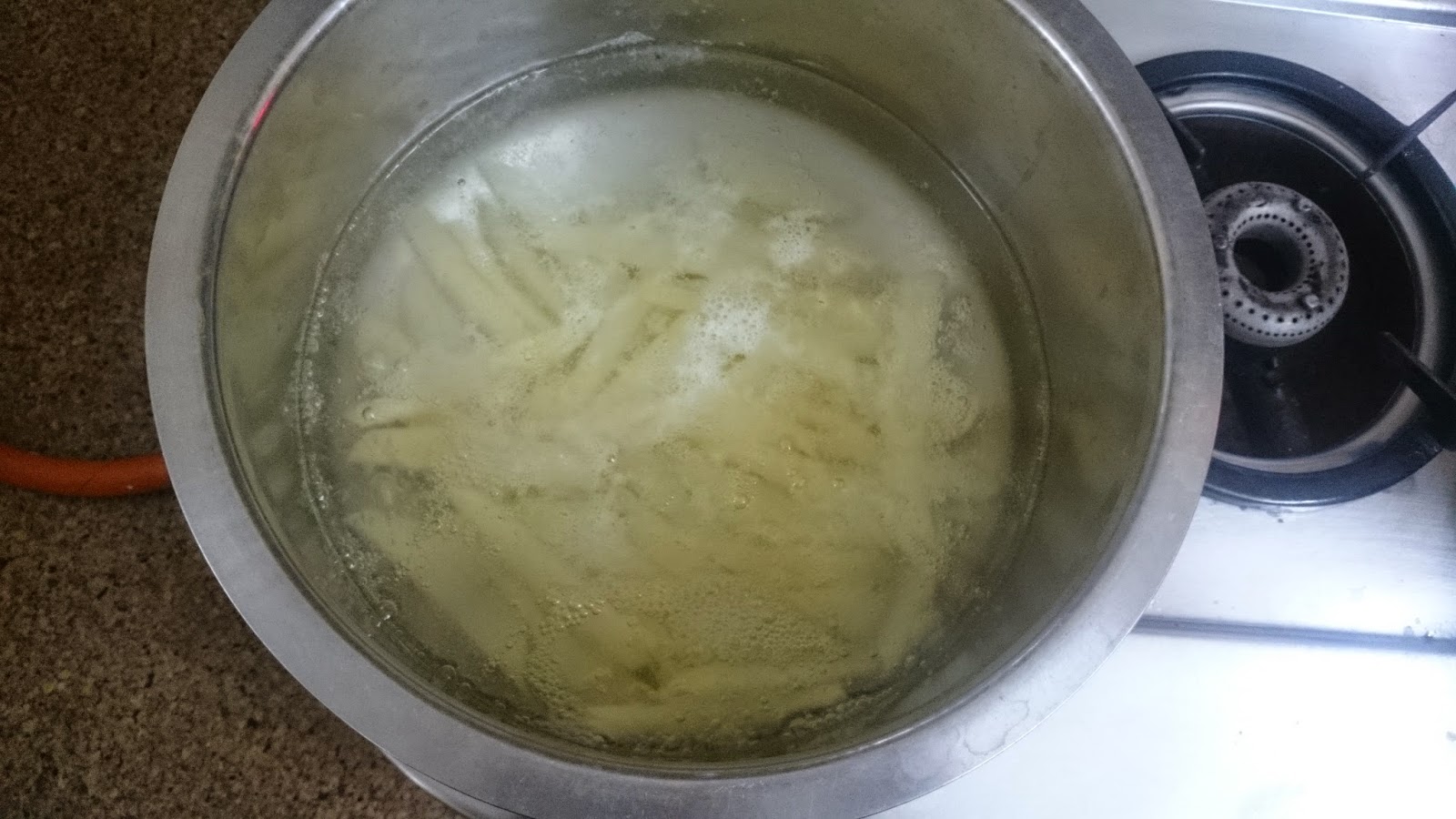 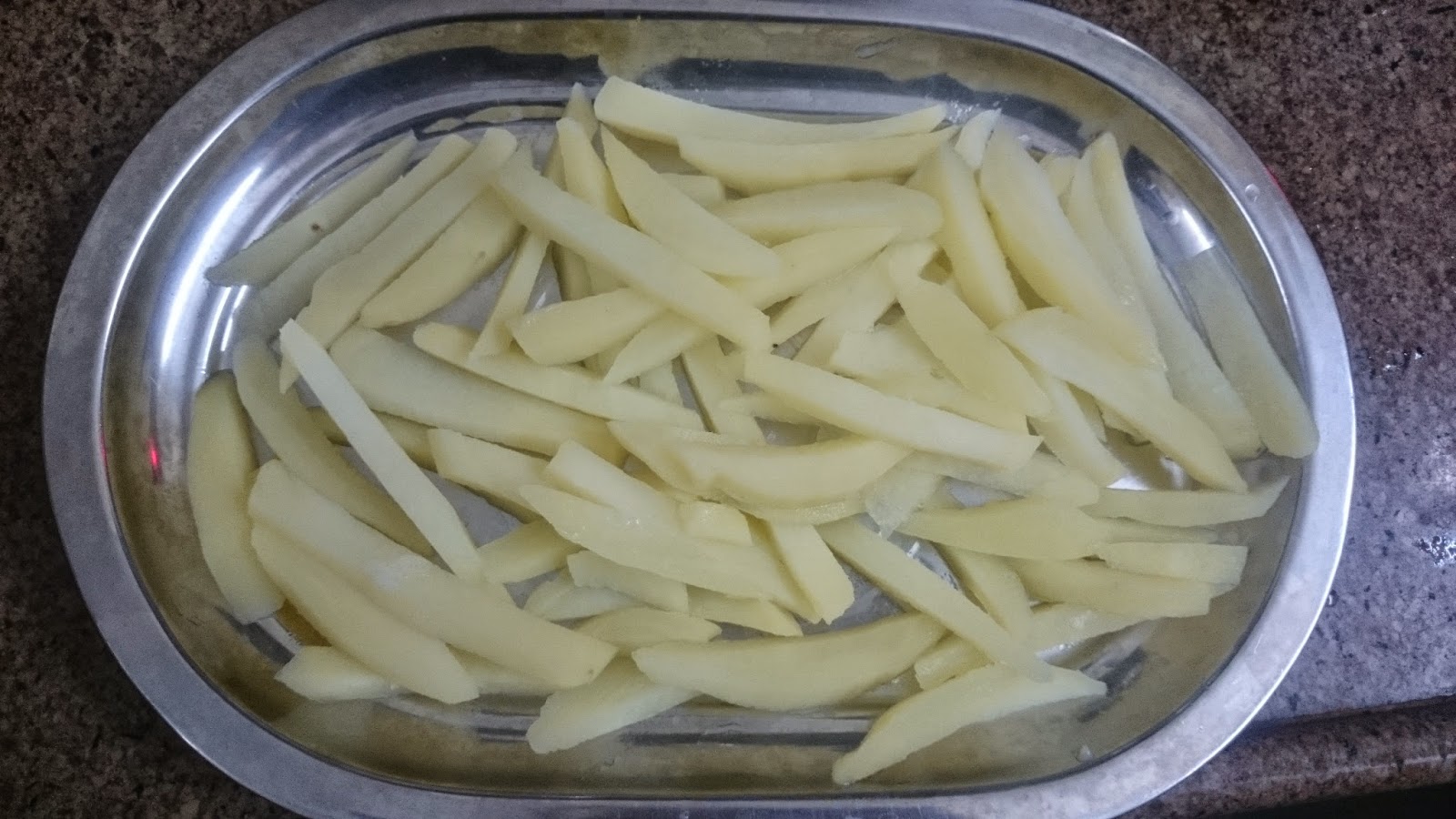 6. Heat oil in a pan after 2 hours and put the french fries into it to fry. Make sure that the oil is extremely heated to fry the french fries. Fry them till they turn brown in color. Your French Fries are ready. 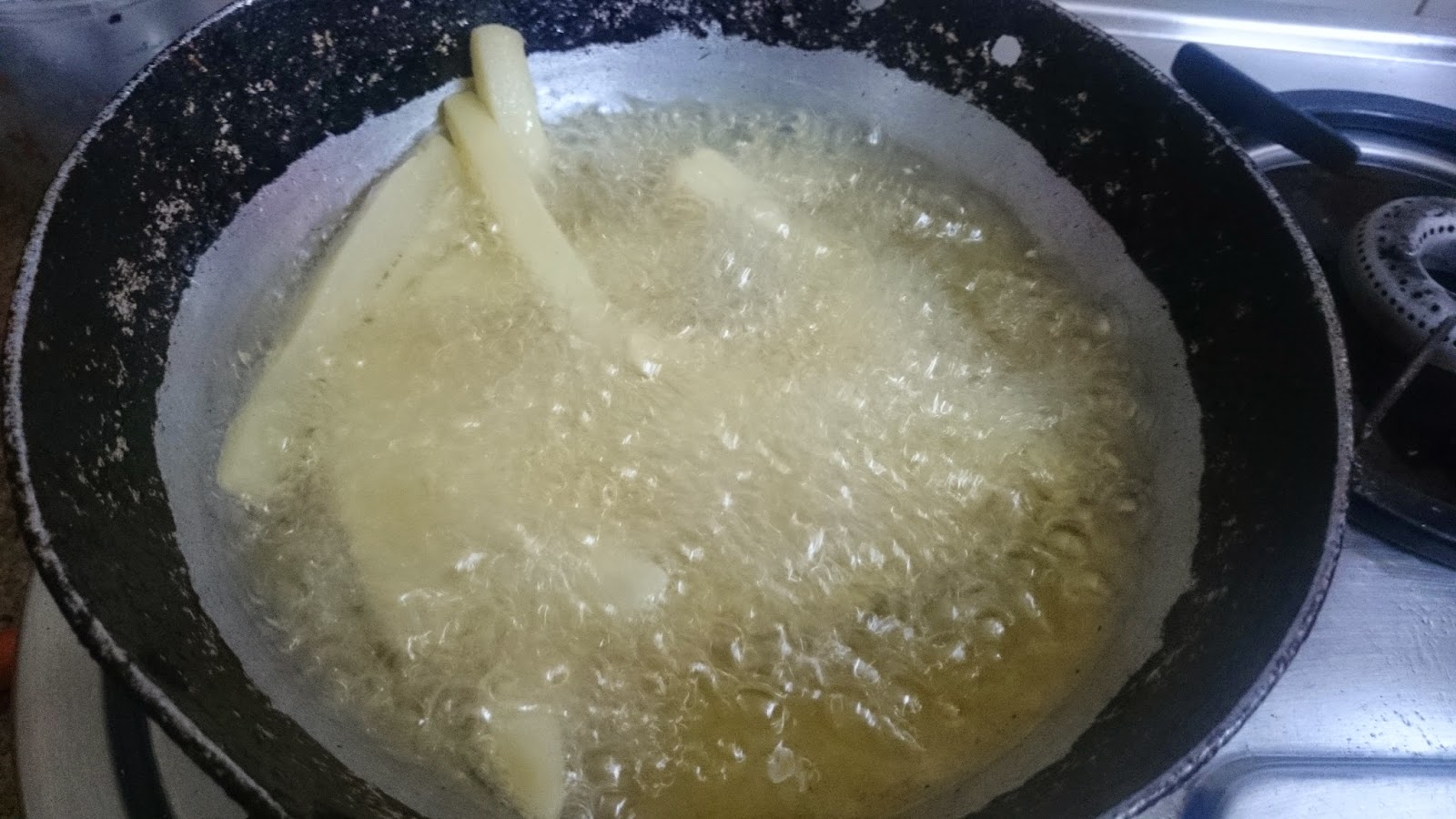 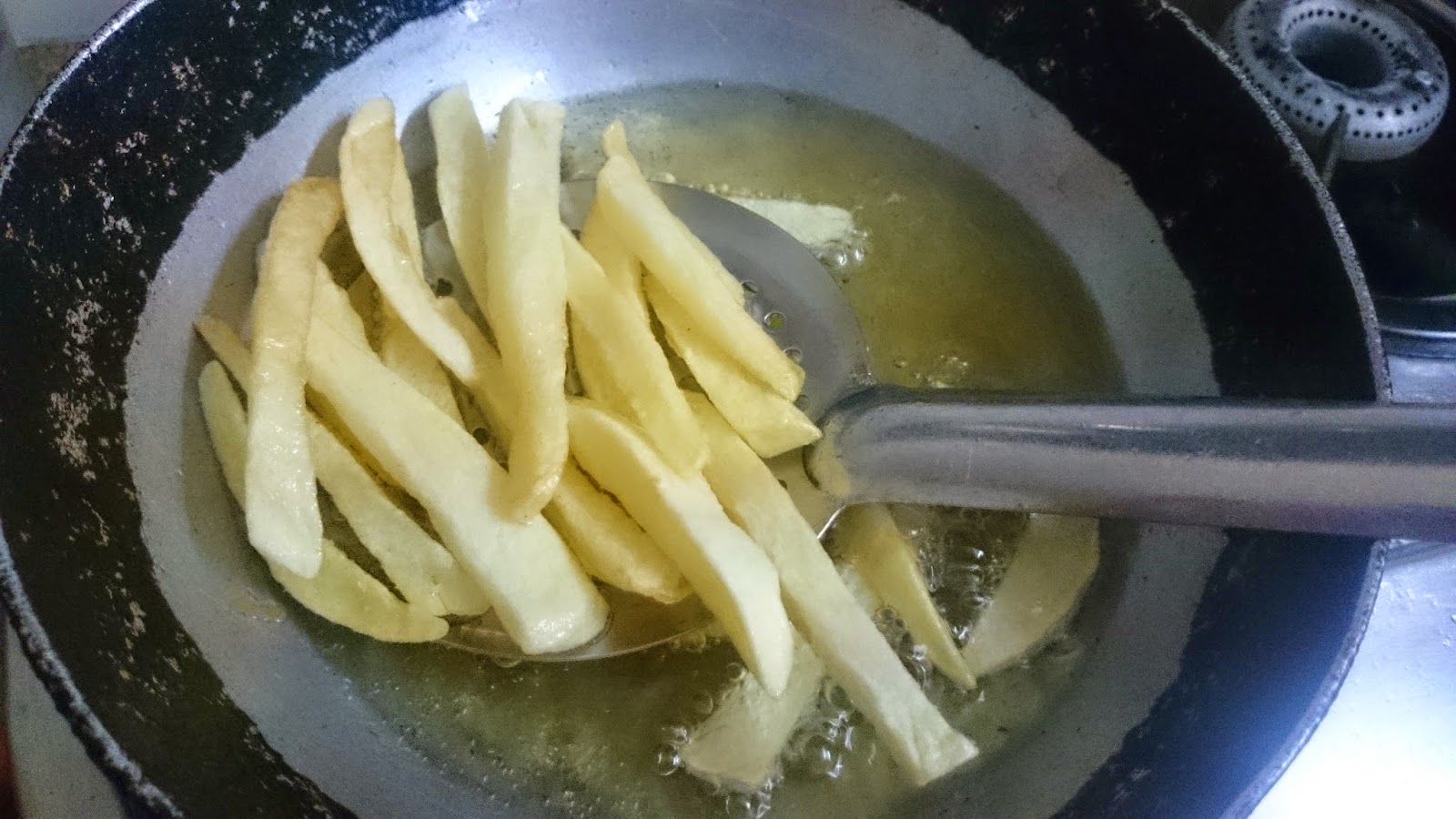 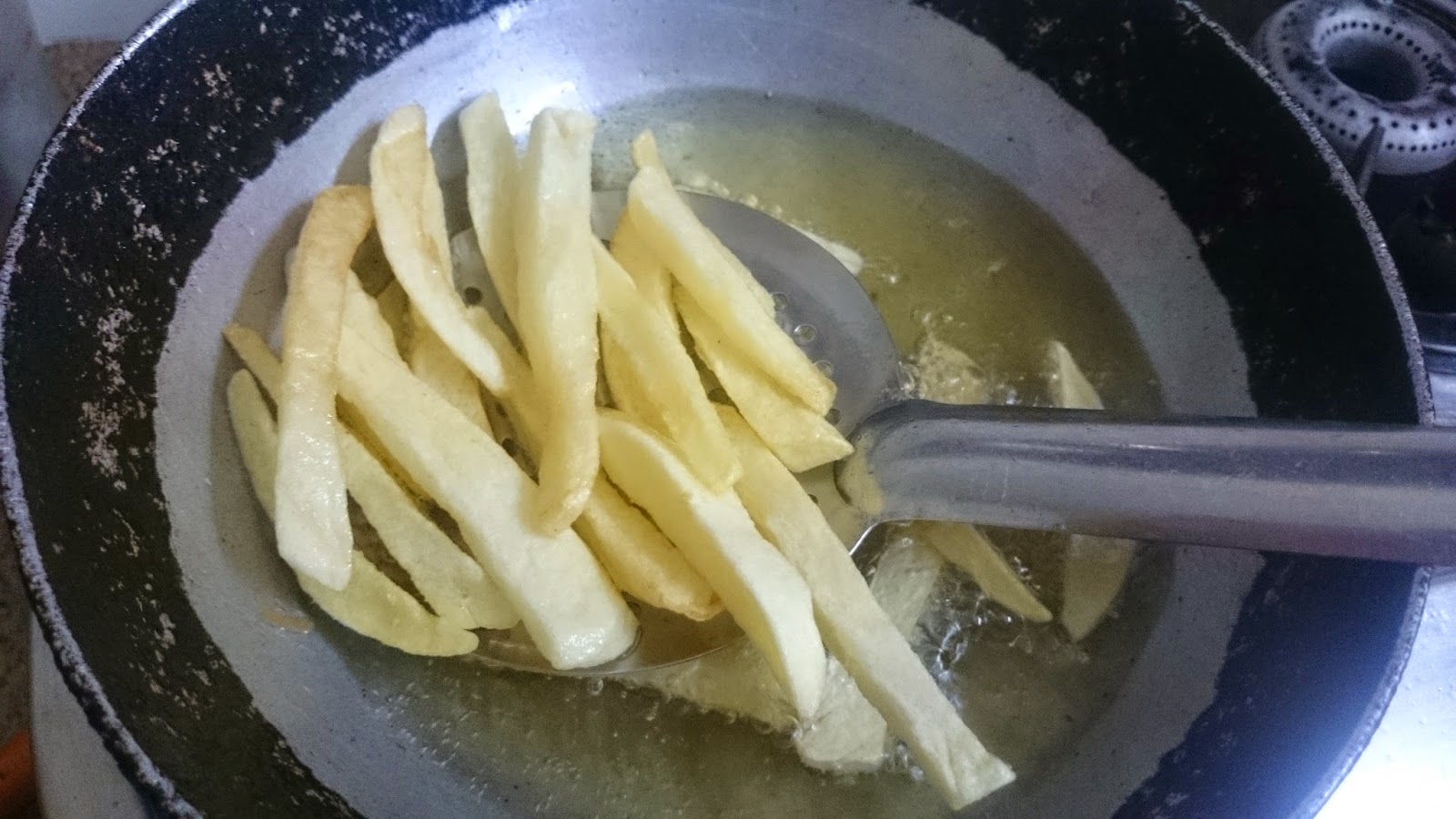