Smoky Paneer in Green Gravy of Spinach and Green Peas 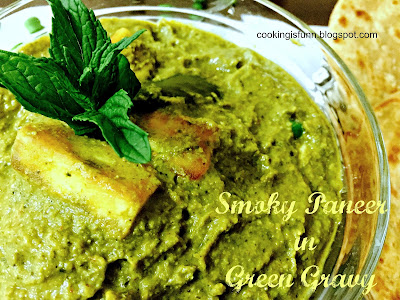 Indulge in the divine taste of Paneer - the ever so versatile, humble and an all-time favorite ingredient we all grew up with. Paneer is a type of fresh cheese common in South Asian cuisine. In eastern parts of the Indian Subcontinent, it is generally called chhena. It's a special favorite with North Indians.

It can be easily made at home with milk and is completely vegetarian. Since it is made with milk, it is naturally loaded with calcium. With it's delicate milky flavor, paneer can be used in curries or served grilled as a side.

Throw in a little creativity and rustle up something new.  This fiery dish often ordered at restaurants can now be re-created at home. Paneer, spices, Green Gravy, and Bell papers tossed together and served with Parathas.

This is a great recipe to entertain a crowd. Desi flavors of cottage cheese, and Green Gravy dominate the dish. By adding Spinach and Green peas gives extra healthiness to this dish...I have used very less oil to make it more healthy yet delicious too...But If you want to make exact touch of restaurant, Then I prefer to add Butter and Oil with some more amount...That will give more Impressive Flavor, But trust me this was also not bad at all :) So lets jump in to the recipe and have a tour of it. 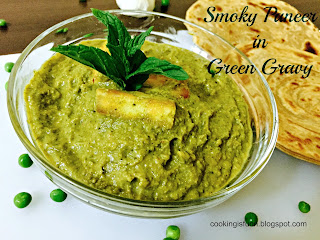 1. Heat a Pan and add Oil, add Cloves, Cinnamon stick, Black pepper and let them to be crackle, and Add Onions and Garlic saute them. 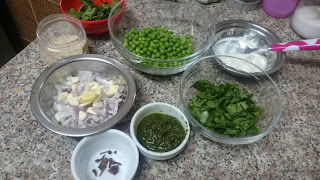 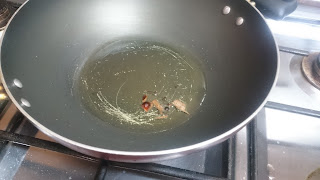 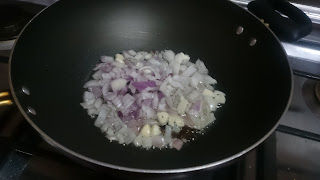 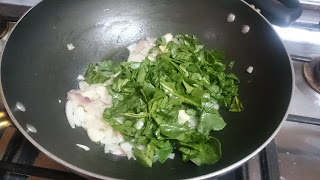 3. Then add Green Peas and all the Spices  and Almond meal in it, and saute them properly. 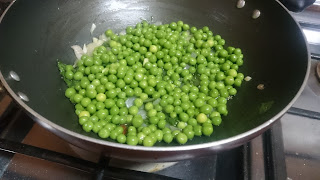 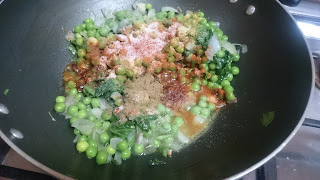 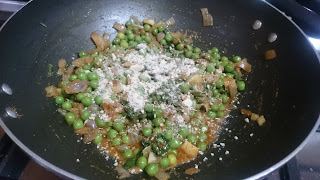 4. Finally Add Yogurt and mix them nicely...and let it to be cook for 4-5 minute. 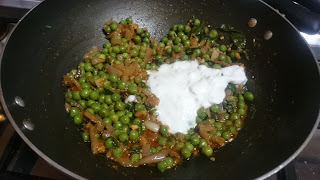 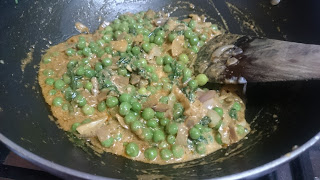 5. Take these mixture in another bowl and let it to be cool.

6. Take a mixer jar and add Mint leaves and this mixture in it and make a smooth paste. 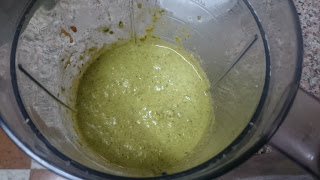 7. Again Take a same Pan and heat the Oil in it, add Paneer and capsicum in it and cook them until the color of  Paneer turn in to brown, Then this Green Paste in to the pan and cook it for a 5-6 minutes.

8. In a bowl, combine the yogurt and gram flour making a smooth paste. And the ginger, garlic, and mint leaves to make a coarse paste.

9. Add in the fennel seeds and ajwain and pound until blended. Add this to the yogurt mixture. combine well.  Place the paneer cubes in a large bowl, add in the marinade and allow it to rest covered for about half an hour to one hour. While the paneer marination is close to over, we will now prepare for the coal smoking method.

10. Take a piece or two of coal (about 3 inches big) and hold it over a gas flame with the help of tongs. The coal will begin to turn red hot and also grey in about 5 minutes.

11. This indicates that the coal can be used for smoking. Place this hot coal inside a crack proof bowl. At this point heat a large wok or a skillet with rim that can be covered on medium heat.

12. Add a little oil and place a few pieces of marinated paneer along with a little of the marinade.

13. If you have a stove top grill or a skillet, then arrange the paneer pieces and pour a little of the marinade over each of them. Place the coal along with the bowl over the paneer.

14. Add a spoon of ghee or oil on the coal. It will begin to smoke. Immediately cover the pan and reduce the heat to low and let it sit for about a minute until the smoke has gone away. Open the lid and remove the coal cup.

15. Again take a same Pan and add Oil/Butter then add this smoked Paneer and Green Gravy let it to be cooked for 4-5 minutes...Ans serve hot!

You dish will get a smoked flavored Paneer.

Your Tasty yet healthy dish is ready to serve....Serve it with Roti, Naan, or Paratha... 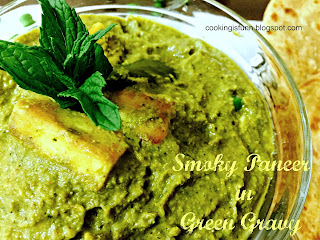