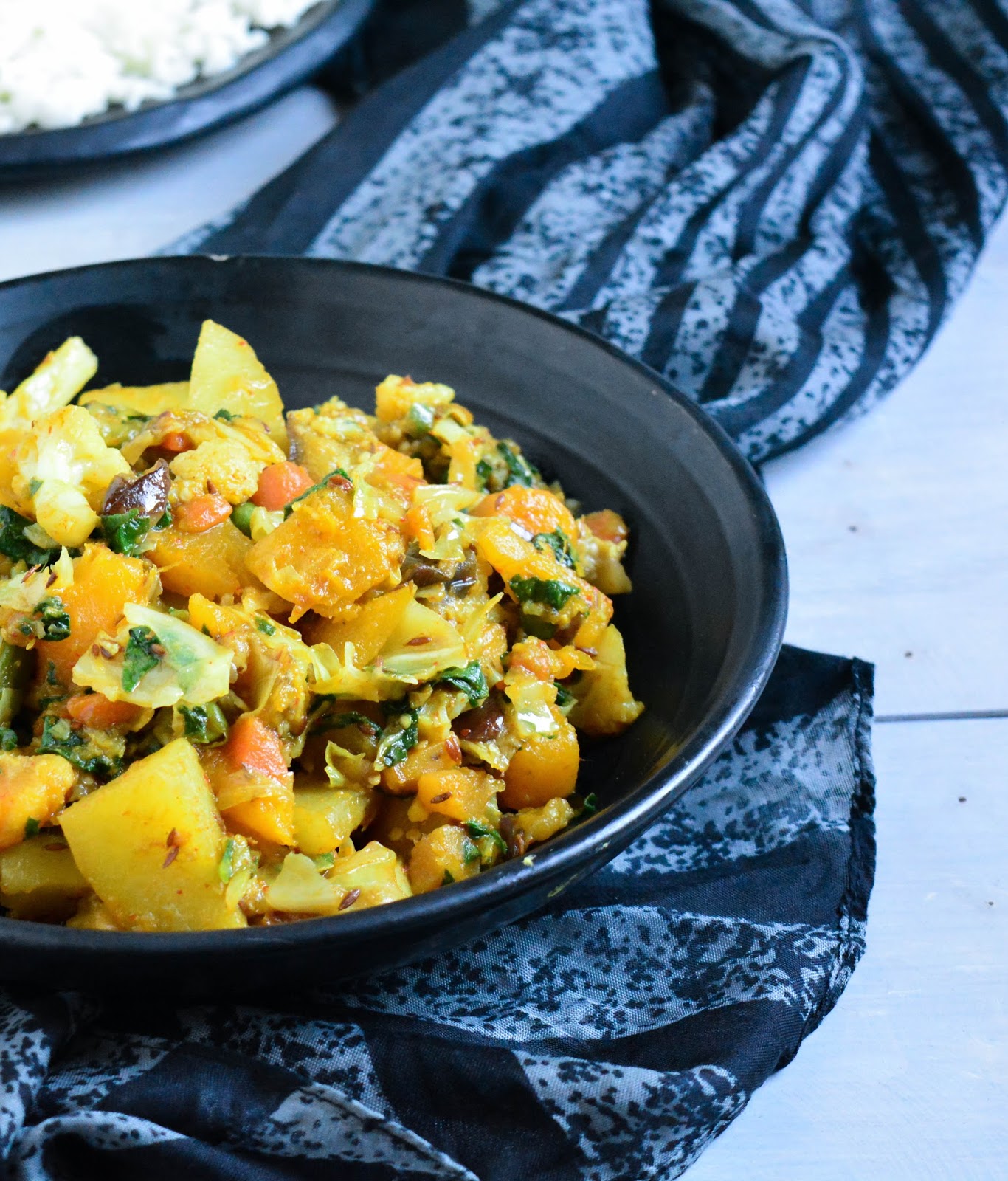 Bengali cuisine is a culinary style originating in Bengal, a region in the eastern part of the Indian subcontinent, which is now divided between Bangladesh and West Bengal. Other regions, such as Tripura, and the Barak Valley region of Assam also have large native Bengali populations and share this cuisine. With an emphasis on fish, vegetables and lentils are served with rice as a staple diet.

Bengali cuisine is known for its subtle flavors, and its spread of confectioneries and desserts. Rice is the staple, with many regions growing specialty rice varieties. Milk is an important source of nutrition, and also a key ingredient in Bengal's desserts. Ordinary food served at home is different from that served during social functions and festivals, and again very different from what might be served at a larger gathering. Bengalis also excel in the cooking of regional vegetables. They prepare a variety of the dishes using the many types of vegetables that grow there year round. They can make ambrosial dishes out of the oftentimes rejected peels, stalks and leaves of vegetables. This style of cooking food using rejected parts of the vegetables, is predominant in Bengalis in Bangladesh and those who have migrated to West Bengal, in they use fuel-efficient methods, such as steaming fish or vegetables in a small covered bowl nestled at the top of the rice pot.The use of spices for both fish and vegetable dishes is quite extensive and includes many combinations not found in other parts of India. Examples are the nigella or black onion seeds, wild celery seeds, and five-spice or panch phoron (a mixture of cumin, fennel, fenugreek, kalonji, and black mustard seeds). Bengali cooking includes the phoron of a combination of whole spices, fried and added at the start or finish of cooking as a flavouring special to each dish.

Bengalis share their use of whole black mustard seeds with South Indians, but unique to Bengal is the extensive use of freshly ground mustard paste. A pungent mustard paste called Kashundi is a dipping sauce popular in Bengal. ChochChori is Usually a vegetable dish with one or more varieties of vegetables cut into longish strips, sometimes with the stalks of leafy greens added, all lightly seasoned with spices like mustard or poppy seeds and flavoured with a pouron. Sometimes a chochchori may have small shrimp. The skin and bones of large fish like bhetki or chitol can be made into a chochchori called kata-chochchori (kata meaning fish-bone). The stir frying process and the lightness of a chochhori is not unlike that of chop suey, which is a term for assorted pieces, and this shows the influence of the Chinese in Bengali household cooking. The chochhori would be generally an assortment of vegetable and fish bones and other things that would have been rather thrown away, fried in a korai,(a slightly rounded wok), over high heat at first, and then simmered to let the vegetables cook down to being just done, and then taken off the flame immediately to stop cooking. This is our 79th #Foodiemonday #bloghop Event, and we are this time back with #regionalcuisine theme and I have selected Bengali cuisine for this bloghop. check out the recipe of Chochchori below and enjoy the taste of bengal. :) 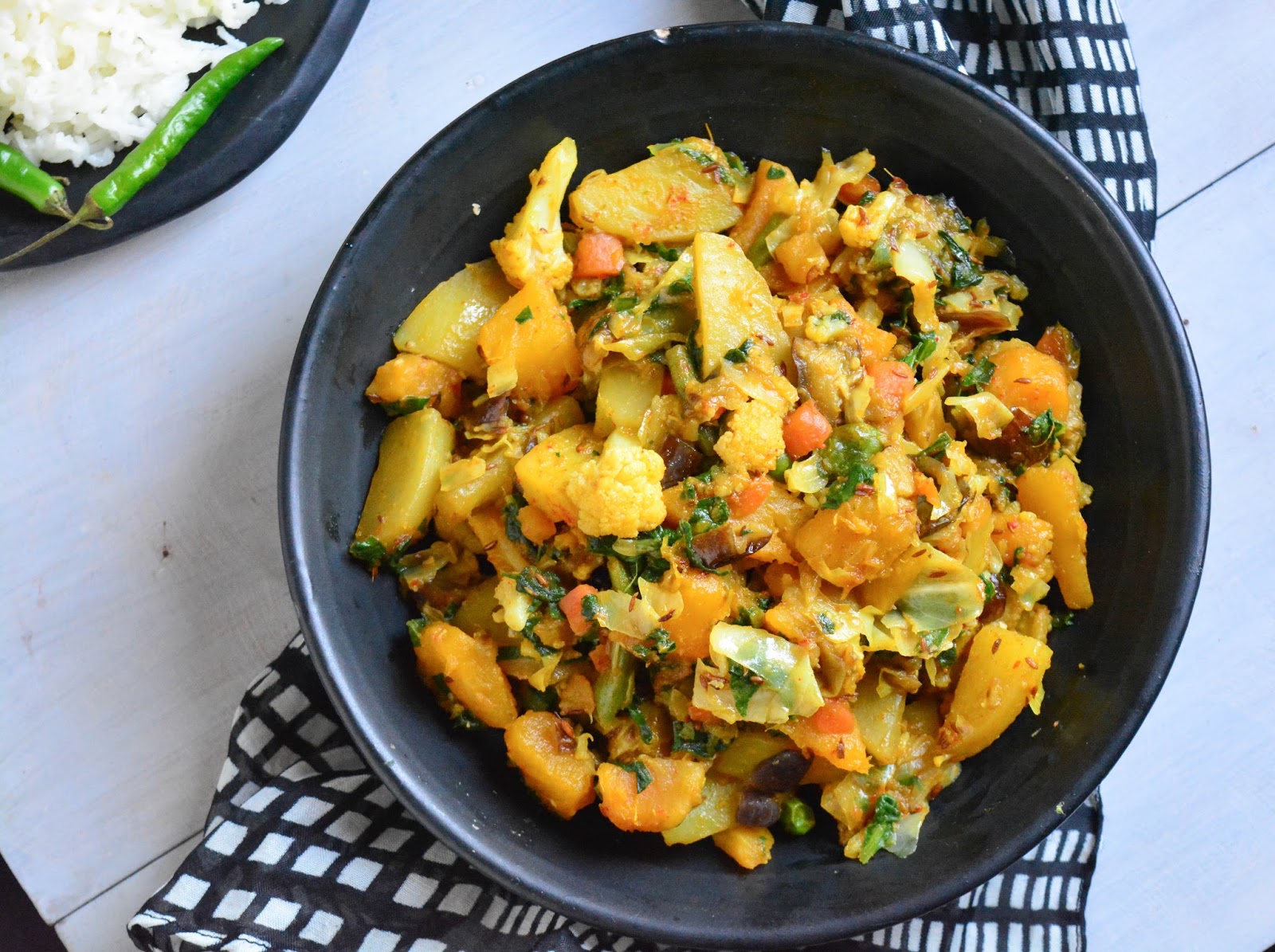 1. Heat two tablespoons of mustard oil in a pan till it just reaches smoking point.

3. Reduce heat, cover and cook for eight to ten minutes, stirring occasionally or till potato pieces are cooked.

4. Add remaining mustard oil and stir-fry for one minute and or till chorchori is dry.
Posted by Cookingisfunn at 21:52