The term Anglo-Indians can refer to at least two groups of people: those with mixed Indian and British ancestry, and people of British descent born or living in the Indian subcontinent. The latter sense is now mainly historical, but confusions can arise. The Oxford Dictionary, for example, gives three possibilities: "Of mixed British and Indian parentage, of Indian descent but born or living in Britain, or (chiefly historical) of British descent or birth but living or having lived long in India". People fitting the middle definition are more usually known as British Asian or British Indian. During the centuries that Britain was in India, the children born to British men and Indian women began to form a new community. These Anglo-Indians formed a small but significant portion of the population during the British Raj, and were well represented in certain administrative roles.


Over generations, Anglo-Indians intermarried with other Anglo-Indians to form a community that developed a culture of its own. Their cuisine, dress, speech (use of English as their mother tongue), and religion (Christianity) all served to further segregate them from the native population. A number of factors fostered a strong sense of community among Anglo-Indians. Their English language school system, their Anglo-centric culture, and their Christian beliefs in particular helped bind them together. 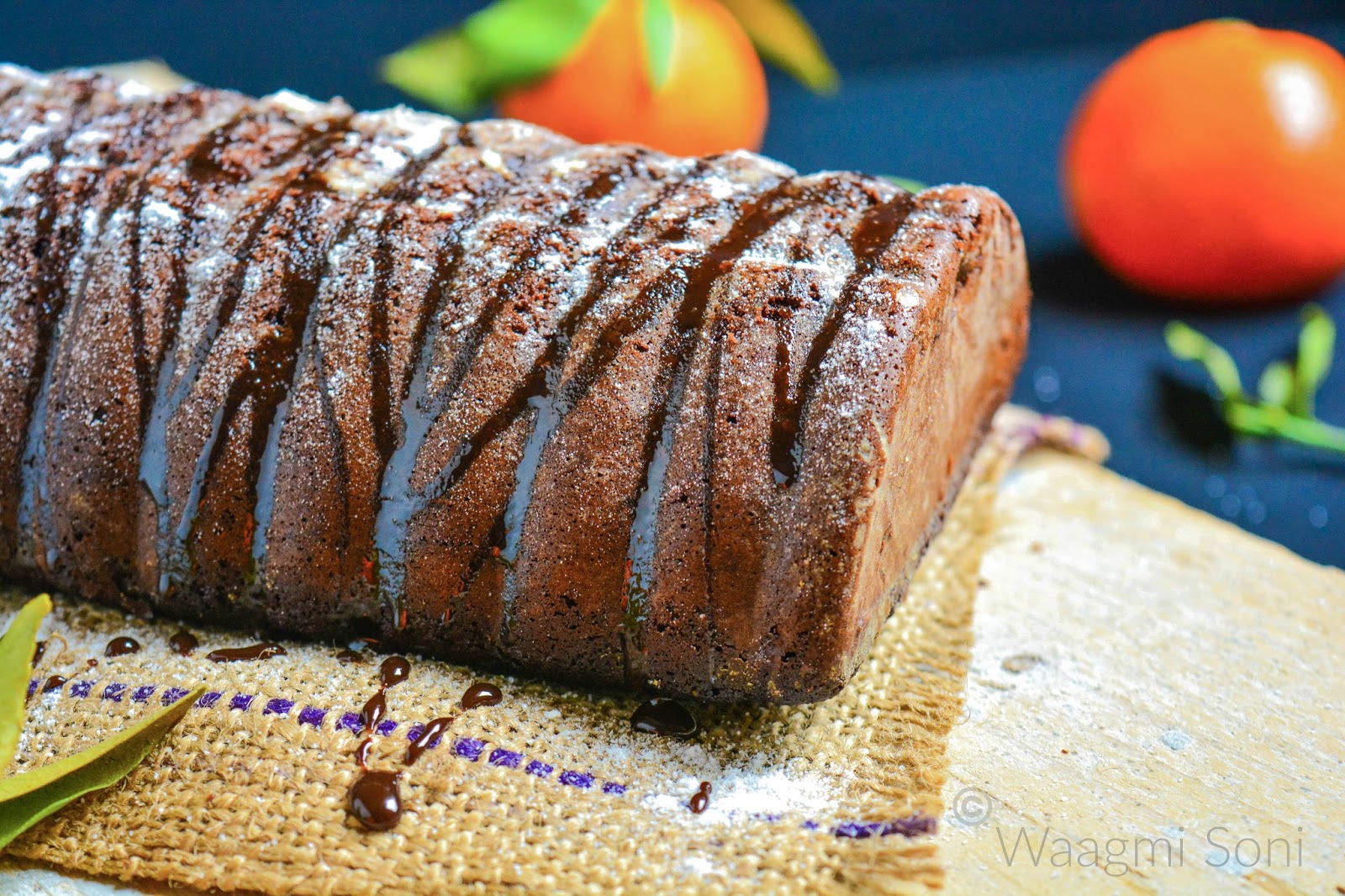 Anglo-Indian cuisine is the cuisine that developed during the British Raj in India, as the British wives interacted with their Indian cooks. There are most of the non vegetarian dishes in this cuisine. But when It comes to bake a cake, Many more variations can be there, Like in this cuisine Plum cake and Bole cake are famous.

By taking the theme of #Colonialinspiredcuisines for our 76th #Foodiemonday Bloghop event, with some twist of using Fruit cocktail and most of the chocolate and Orange flavor, Here is the Fruit cocktail Terrain cake is ready to serve with lots  of Chocolate sauce, which truly make this cake super tempting and delicious. I made this cake on Saturday, and was thinking to pack some slices of this cake to my dear friends here in doha. They all loved the delicious taste of this cake and all my efforts to bake this cake are paid. In this cake I haven't used any butter even No egg. So its a Egg less and Butter less cake. Which you guys really should give a try. Check out the recipe below and leave a comment if you try it or going to give a try ;) 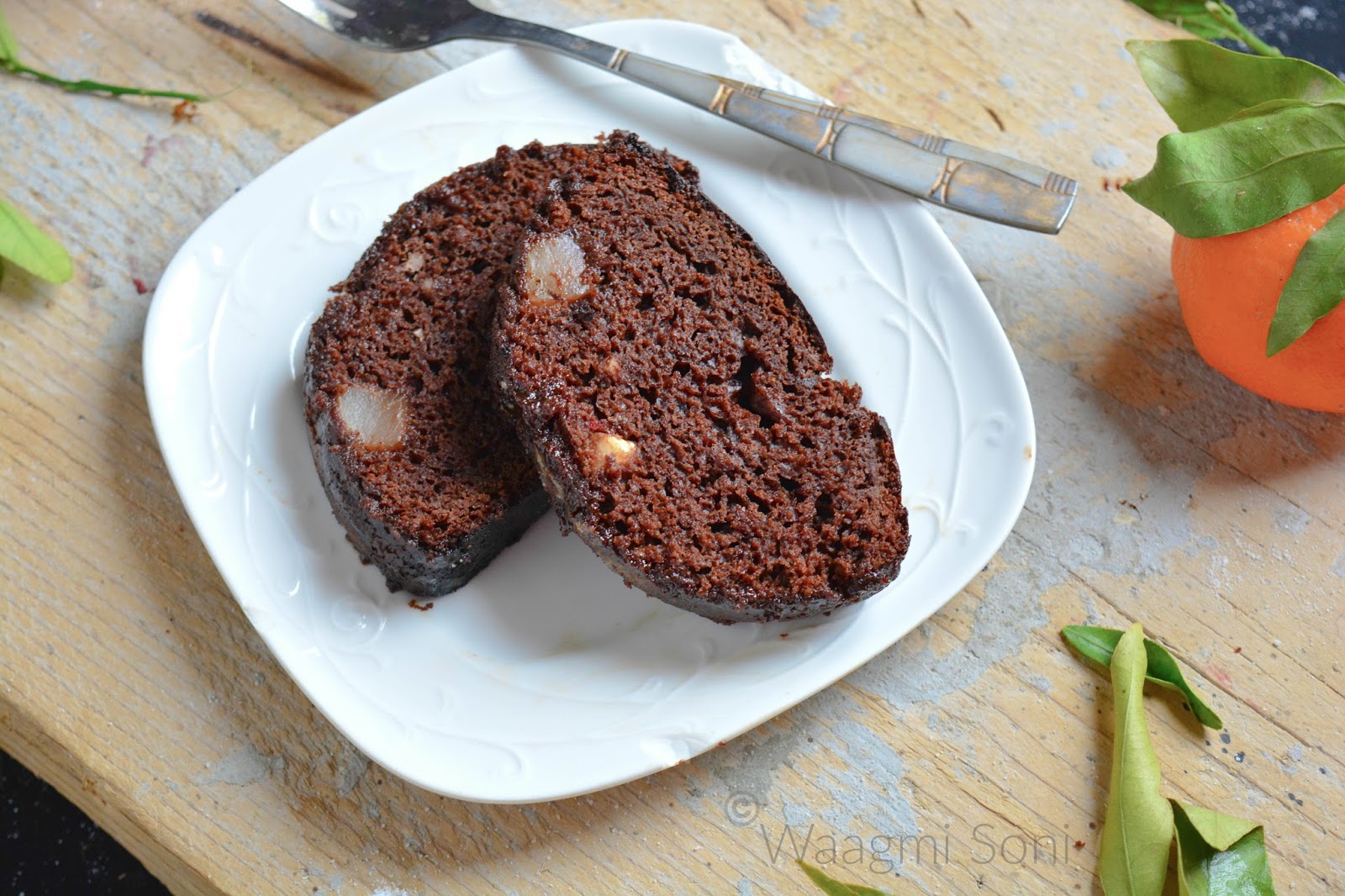 1. Line up all the Ingredients. Preheat oven to 180 degrees. Grease the Terrain cake pan. Dust with flour; tap out excess.

2. In a medium bowl, combine Condense Milk, brown sugar and both the Essence mix this mixture until fluffy.

3. Heat the cream and add chocolates let it melt and combine properly. Add melted chocolate and in the above mixture and again mix it well until the better becomes fluffy.

4.  Sieve the All purpose Flour, Baking Powder and Baking soda at least for two times and Add them all with chopped cashew in the wet ingredients, Drain the water of Fruit cocktail can and add all the fruits in the batter Fold them very well.

5. Add Orange juice to reach the pouring consistency of the batter.

6. Pour batter into prepared Terrain pan. Bake for 35-40 minutes on 180 degree C or until cake tester inserted in center comes out clean.

7. Cool in pans on a wire rack 10 minutes. Cover the whole cake by the splash of sugar syrup. Invert onto wire rack; invert again and let cool completely on rack.

8. Serve the cake with lots of chocolate sauce and some sprinkled Powdered Sugar.

You can not take away yourself from this beautiful and Super delicious Fruit cocktail Terrain cake.