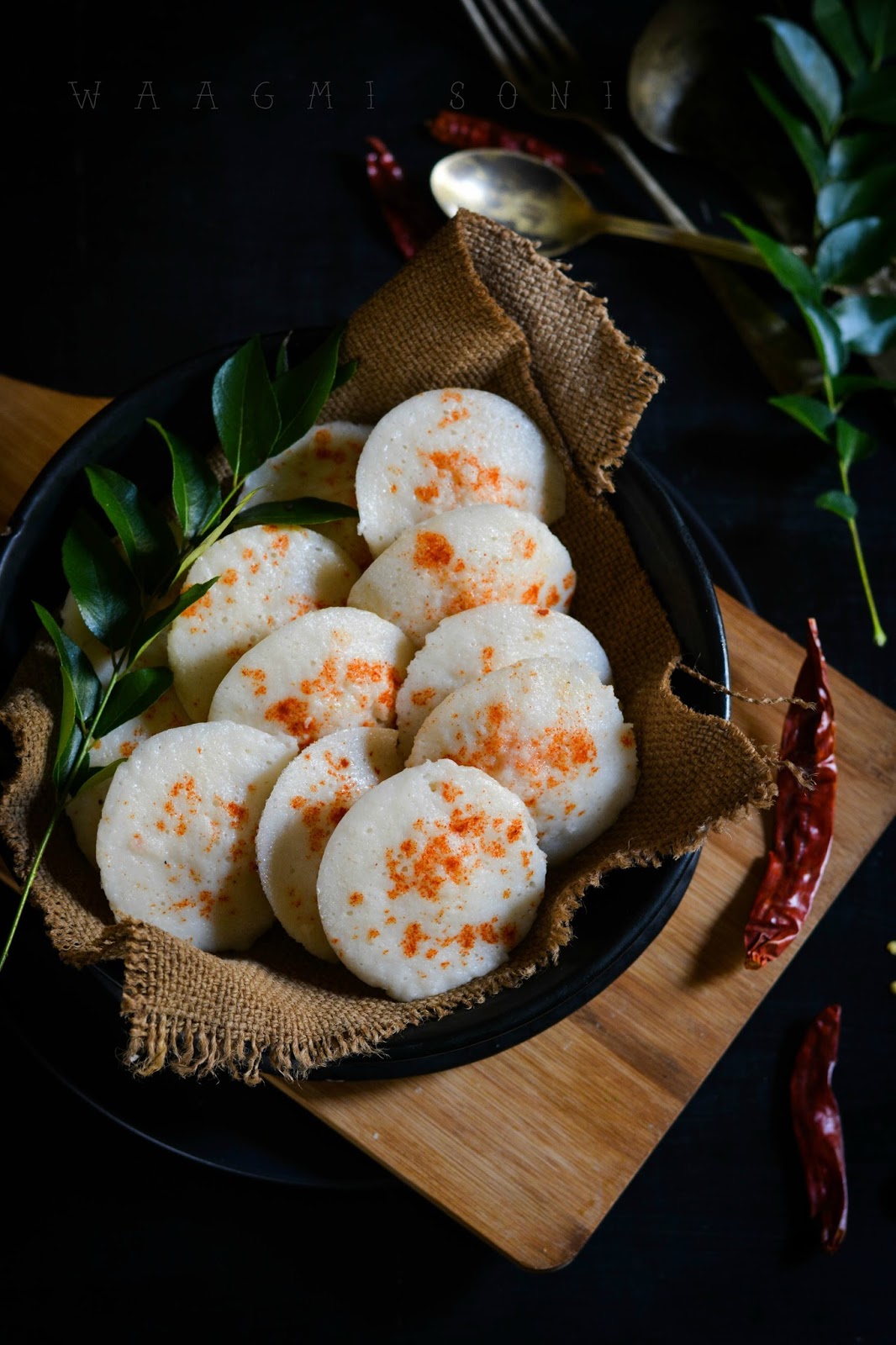 Idli  is a traditional breakfast in South Indian households, especially in Tamil Nadu and Karnataka where it is a popular breakfast dish that is consumed in numerous households. Idli is a savory cake that is popular throughout India and neighboring countries like Sri Lanka.  The cakes are made by steaming a batter consisting of fermented black lentils and rice. The fermentation process breaks down the starches so that they are more readily metabolized by the body.

Idli has several variations, including rava idli,  which is made from semolina. Regional variants include sanna of Konkan and Enduri Pitha of Odisha. Idli is a savory dish that hails from the southern part of India and is made by grinding rice, urad dal (skinned black lentils), along with water. This mixture is then left to ferment overnight before being steamed in an idli steamer.

While they were traditionally eaten as a breakfast item along with chutney and sambar, during the last couple of decades it has become popular as a snack food throughout India. 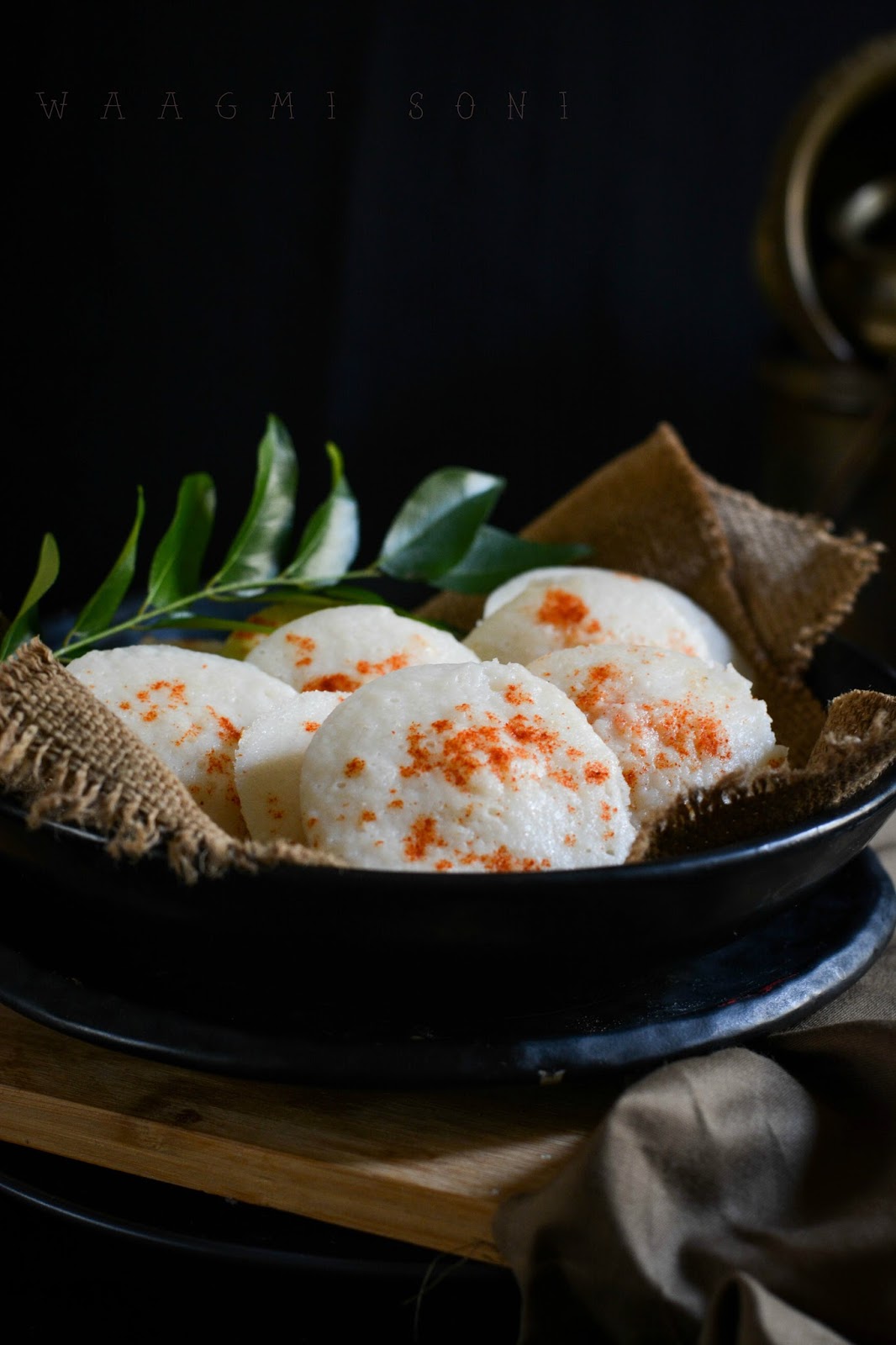 To make Idli, four parts uncooked rice (Idli rice or parboiled rice) to one part whole white lentil (urad dal) are soaked separately for at least four hours to six hours or overnight. Optionally spices such as fenugreek seeds can be added at the time of soaking for additional flavor. Once done soaking, the lentils are ground to a fine paste and the rice is separately coarsely ground, then they are combined. Next, the mixture is left to ferment overnight during which its volume will more than double. After fermentation some of the batter may be kept as a starter culture for the next batch. The finished idli batter is put into greased moulds of an idli tray or "tree" for steaming. The perforated molds allow the idlis to be cooked evenly. The tree holds the trays above the level of boiling water in a pot, and the pot is covered until the idlis are done (about 10–25 minutes, depending on size). A more traditional method is to use leaves instead of molds. This time on our 103rd Foodiemonday Bloghop event, We are back with #Steamed theme, and I really wanted to make these super soft idlis for my this bloghop entry ! Check out the idli recipe below and enjoyy the perfect recipe of it. 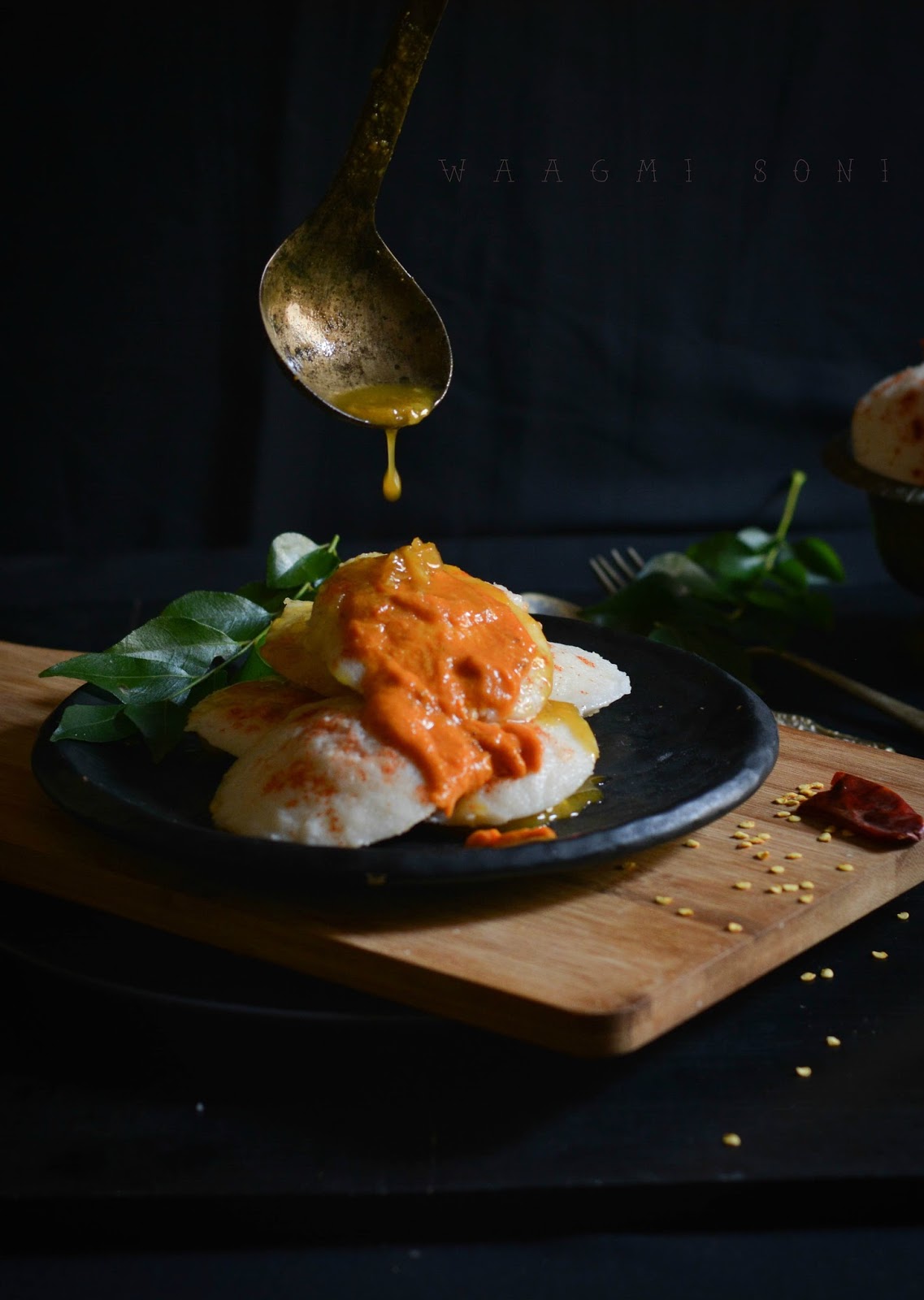 1. Wash the rice and urad dal separately until the water runs clean.

2. Add the methi/fenugreek seeds to the rice and soak it in water for 4-6 hours. Soak the urad dal too for the same amount of time.

3. Drain all the water from the urad dal and grind it to a fine paste using spoonfuls of water at a time.  Grind the rice to a coarse paste with approximately 1 cup of water and then mix both the pastes together in a large bowl and whisk them well.

4. Add water as needed (approximately another 1/2 cup) to get the batter to a consistency that is neither too thick or thin.

5. Keep the batter in a warm place to ferment Once the batter has risen, add salt to the batter and whisk the batter to mix it well.

6. Grease the idli stand with oil. and take a ladleful of batter and fill the idli mold. Add 1/2 cup of water in the idli steamer and let it boil. Put the idli stand inside and close the lid. Let the steam build for 8-10 minutes before switching off the gas.

7. If you are using a cooker, use it without a vent and steam it for 10 minutes and then switch the gas off. In both cases, wait till the steam is released (another 5-10 minutes) before you take the idli stand out.

8. Wait for another 5 minutes and then use a sharp knife to scoop the idlis out. 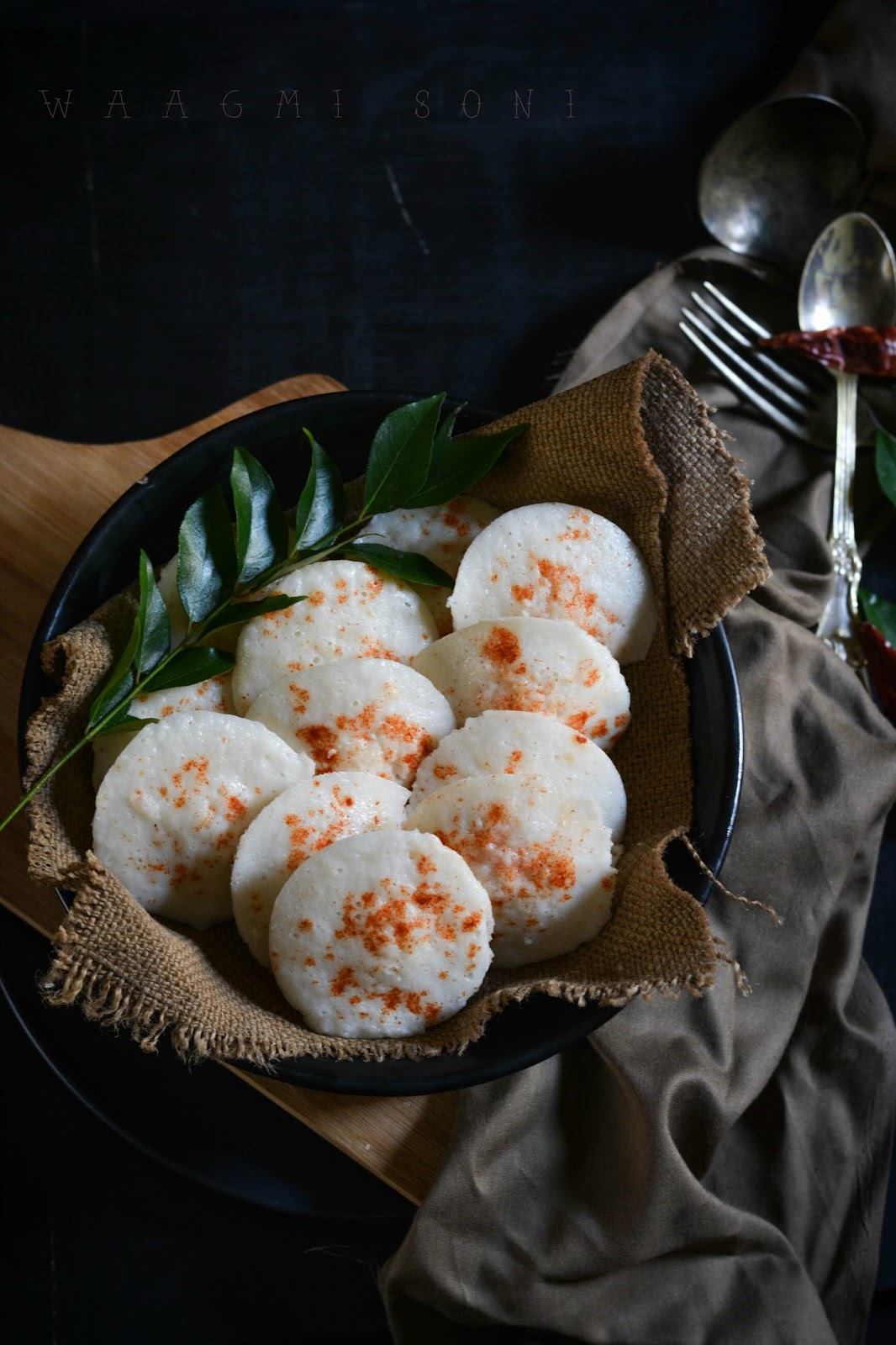