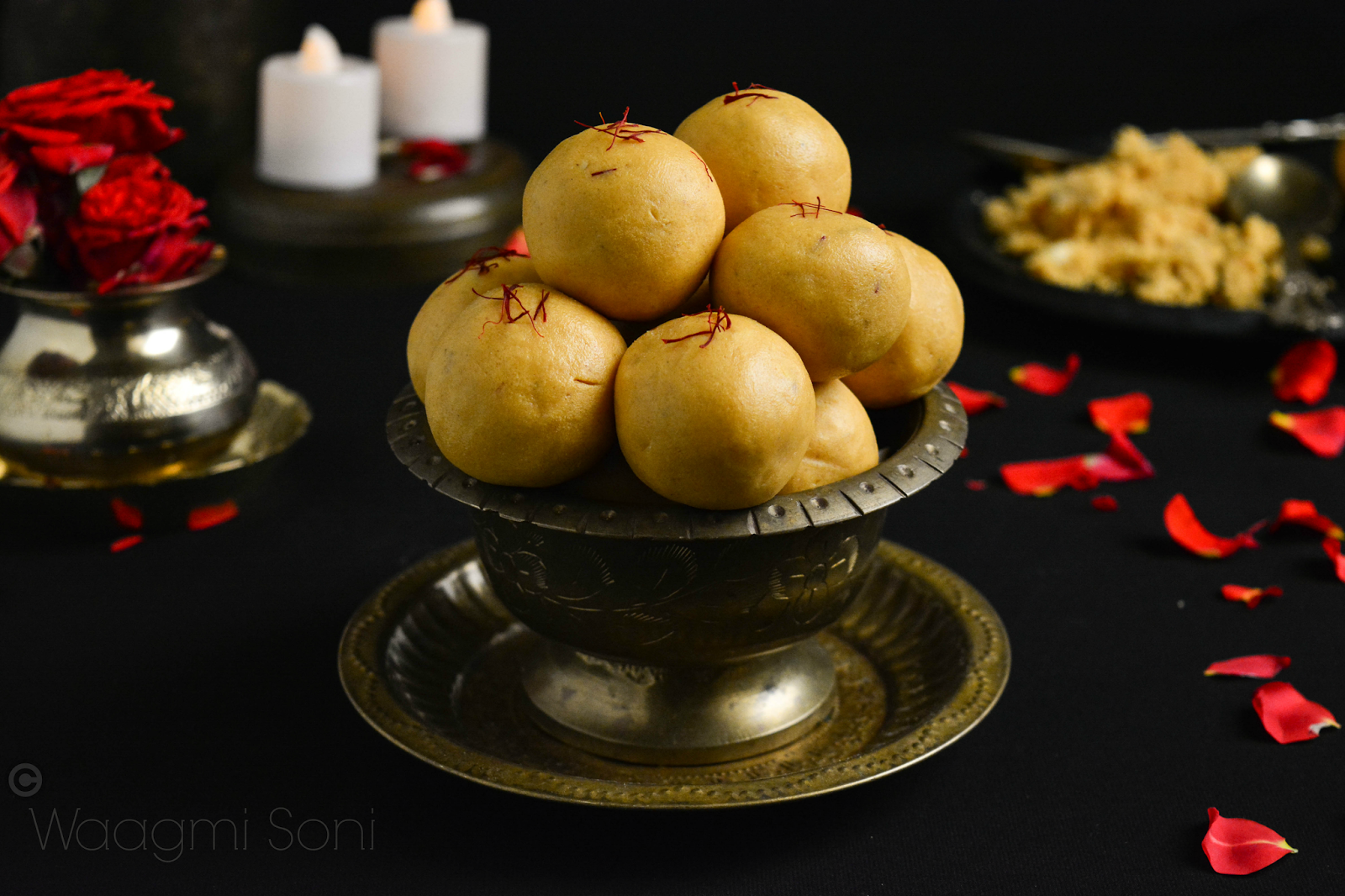 Vasant Panchami refers to the following festivals: the religious Hindu festival of Saraswati Puja also called Shree Panchami; the seasonal spring festival of Vasant Panchami observed in many regions; the Basant Festival of Kites of the Punjab region; observance in Gurdwaras as a Sikh festival; the birthday of the Deo-Sun God in Bihar and a harvest festival.

Vasant Panchami has a specific meaning: Vasant means "spring,"and Panchami means "the fifth day." Vasant Panchami falls on the fifth day of spring. The festival is observed in the northern part of the Subcontinent. Although it is notified in the ritual calendar of South India, it is not celebrated as a household or public event but in temples as a religious festival.The same rings true of the central region of Madhya Pradesh. Vasant Panchami is the first and more minor of two spring-themed festivals in Hindu culture. Vasant Panchami initiates the spring festive cycle and heralds its summation that occurs with Holi. The 40-day period between Vasant Panchami and Holi corresponds with the 40 days of Rati's penance after her husband, Kamadeva was reduced to ashes for shooting the eye of Shiva with his love arrows. Between Vasant Panchami and Holi, preparations are made for numerous burnings in effigy of the demoness Holika. Starting on Vasant Panchami, a log with a figure of Holika is placed in a public place and during the next 40 days, the faithful add twigs and other combustible material to the log to form a pyre which is lit on Holi.

The color yellow plays an important role in Vasant Panchami as it is related to the bloom of mustard flowers during this period. Celebrants usually wear yellow garments, Saraswati is worshiped in a yellow dress, and sweet saffron rice and yellow sweets are consumed within the families. So on the basis of this celebration we all #Foodiemonday people are celebrating Vasant or Basant Panchmi with our Bloghop event, and our theme is #Vasantpanchmicelebration. For this beautiful occassion I tried to make something in yellow, which is Besan ke ladoo. Everyone loves Besan ke ladoo,
They are made by roasting gram flour along with a generous amount of ghee - just the aroma that comes from this process is enough to create a big appetite. Crunchy almonds and nuts added to this mixture and then shaped into laddoos. there is one point that needs to be considered well. It is very important to roast the chickpea flour really well until it gets golden brown and fragrant. Besan ladoo are very easy to make and can be stored for longer duration in any air tight container. Check out the recipe below and Enjoyyy the sweetness!! I have followed this recipe from Nishamadhulika.com 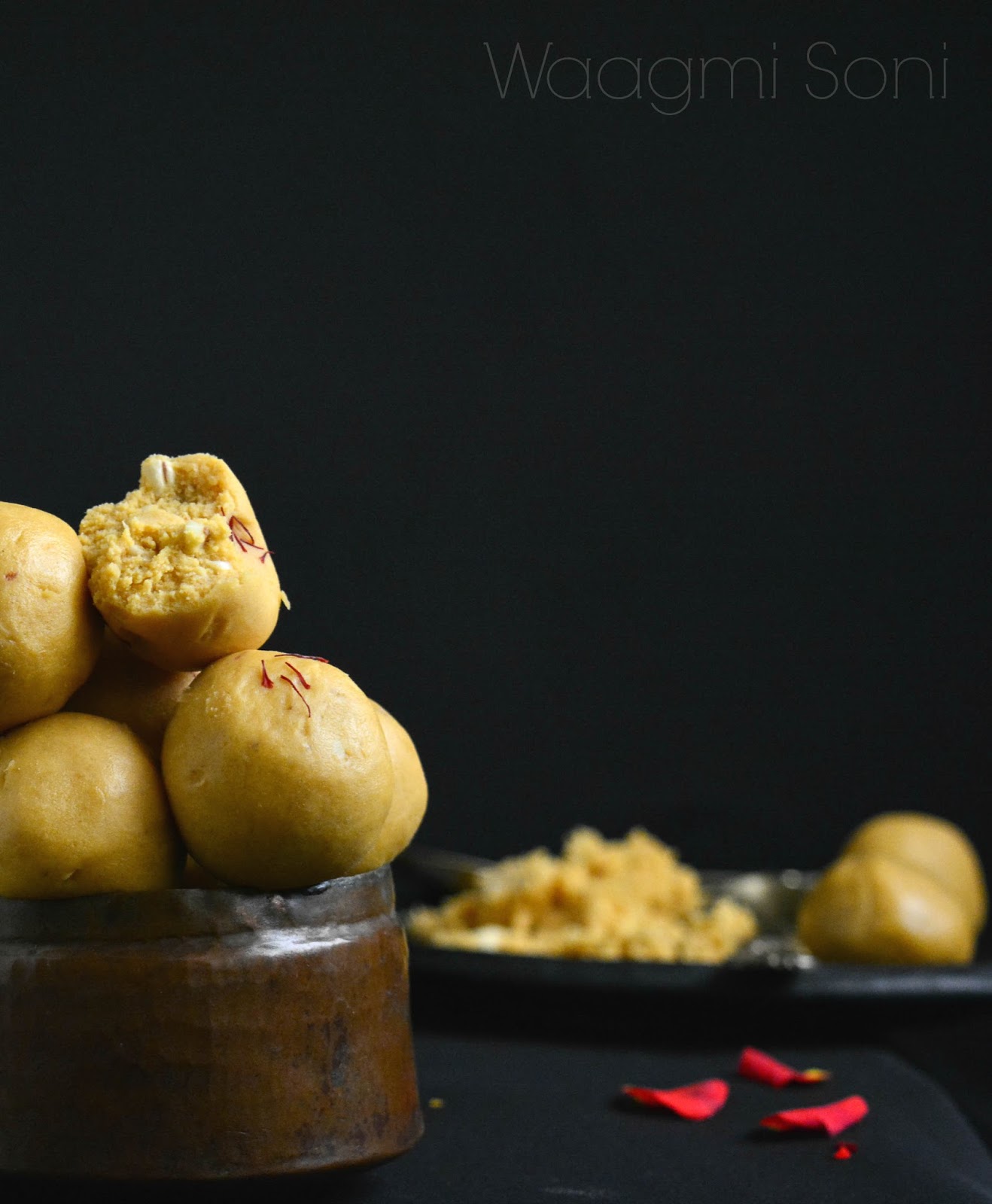 1. Heat 1 cup of ghee in a pan (keeping 50 grams save for later). Let the ghee melt and then add chickpea flour to it and start roasting it.

2. Stir and roast the gram flour until it gets golden brown and fragrant. Add more ghee if required. Keep the flame medium and medium-low. The flame while roasting the gram flour should not be too high.

3. When the flour turns golden brown and fragrant, sprinkle 1 tbsp water to it to make it grainy. Now stir the batter constantly until the form settles down. Then turn off the flame as the gram flour is now roasted well. Keep stirring the gram flour constantly as the wok is still warm else it will burn from beneath. Now transfer the gram flour to another plate so that it cools down completely. Then use it to bind ladoos. Mix the chopped dry fruits to the chickpea flour. Also add cardamom powder and some saffron strands to the gram flour.

4. Now mix Powdered Sugar to the mixture. You can adjust the quantity of sugar as desired. Avoid adding Sugar when the gram flour is hot else it will melt. Mix everything with your hands and the mixture for binding ladoos is now ready. The mixture is perfect for binding the ladoos.

5. For making ladoos, take little amount mixture in your hands and shape it into round. Now keep rolling it in your hand till you get smooth and lustrous surface. You can make the ladoos small or big as desired. Place the prepared ladoo on a plate and similarly bind the ladoos from the rest of the mixture as well. Garnish the ladoos with nuts or saffron.